Yes I know I'm light years behind the rest of the world but I finally saw True Grit last night. Thanks to a gig being cancelled due to a huge lack of attendance, the cinema called. Not literally, that'd be odd. It just felt like the next most sensible thing to do. Sure the entire reason I was heading to Edinburgh in the first place, and yes you wouldn't be the first person to point out that there are indeed cinemas in London near where I live. Sigh. Anyway, the fillum is amazing. I don't need to tell you that. You've probably already seen it, read it, seen the original, bought the tshirt and eaten the breakfast cereal. Which I assume, would be quite difficult to chew and rather tasteless. Much like grit. Its the first good Western I've seen in ages and after spending far too much of my time playing Red Dead Redemption last year I sat like an excited child watching Jeff Bridges in a stetson and eye patch shoot at things while saying cool stuff in old western speak. Much like most small people, I often liked the notion of being a cowboy, catching outlaws and generally shooting tins of beans off walls. But as the film progressed it dawned on me that I wouldn't survive 10 mins in the Wild West. I'm fairly sure my career as a cowboy would involve me falling off a horse for 9 minutes, then getting up and being shot by ol' Ned or someone with a similar name. If I made it past that, then generally sleeping in forests, having to ride a horse, or even just not washing very often would have me just lie down and wait for death rather than put up with it. I mean, this morning, in my very nice hotel in Edinburgh, I grumbled that the shower wasn't as powerful as our one at home. I'd be a dead cowboy. Dead in the face.

This now adds to the long list of things I thought of being as a kid that have now not become possible. Jedi - I have tried using the force lots of times and apart from waving my hand when I walk through automatic doors, it doesn't work. Astronaut - I think I'd throw up with the G Force. I can't handle particularly scary rollercoasters. Lion Tamer - If I was allowed a taser gun, yes. But I'd still stand outside a fence. An electric fence. Spiderman - I hate heights. I am going to start to tell all children I meet to get more realistic with their adult options to avoid disappointment. What's that little Suzie? You want to be stuck in a 9-5 in council job in an open plan office with people you don't like working on something that due to government cuts merely keeps nudging a tide of mostly pointless work that you'll be made redundant from within the year? Well done Suzie. 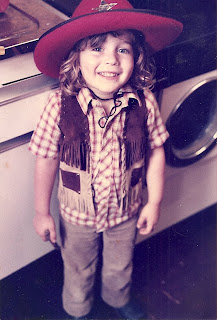 I was extremely sad to hear about the death of Nate Dogg this morning. I have banged on about my love of the hippety hop in this blog before, and have definitely mentioned my introduction into the genre being Snoop Doggy Dogg's Doggystyle at the back of 7H's science class. Nate Dogg being one of the collaborater's on that album, I have, over the years, taken for granted that deep voice bellowing G Funk over a Westside beat many a time. Sure he was often there mentioning that 'it ain't no fun if the homies can't have none' and other possible gang rape style lyrics, all of which were hugely wrong, but y'know, he sung them with panache. There are few others in the world that can sing about turning bodies cold and make you want to sing along without, at any point, questioning the fact that he's basically a murder. The more I'm writing this, the more I realise he sang bad bad things about terrible stuff. But I still thought he was awesome. You gotta have an exception to the rule haven't you? I'm currently listening to 'Lay Low' in tribute and let me tell you, that if anyone was going to warn you about needing to stay undercover for a while if you've been grassing up other g's, then it'd have been Nate Dogg and no one else. I would pour a sip of gin on the streets, but er, I don't like gin and I don't have any. Rest in peace.


TIME TO GET ILL

I still have a sore throat. This seems ridiculous now. I mean, I've done everything I can to make it better: whisky, beer, late nights, shouting at people down a microphone. Yet none of it, and I mean none of it seems to have made it better. Its just bizarre. I have to do a radio interview today. Expect it to be the sexiest interview I've ever done. Especially the sexy coughing and spluttering. That'll be real sexy. Or maybe I'll just sound tough? Like I got true grit? Or just like a coughing spluttering ill face. Sigh again.

If that many doctors are telling you the NHS reform won't work, and yet you're still going ahead with it, how can we trust your opinion on anything? These people know how to save lives, they are one of the most important group of people in the country and the way in which the foundations of our society works, yet you aren't listening? I really hope you get a seriously dangerous illness and choose to ignore them then too. God I hate the Tories.
Posted by Tiernan Douieb at 12:12 PM

Tiernan Douieb
Welcome to my mostly daily blog. It's general rambling nonsense from my life brought to you via a USB link from my brain. It hurts when I plug it in so you I hope you enjoy. More about me at www.tiernandouieb.co.uk

Promote your Page too